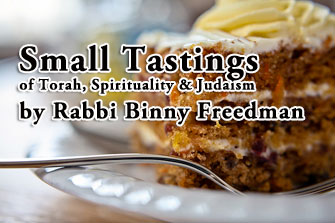 There are many burdens we carry in this world. The challenge may well be in how we choose to carry them. This week’s portion, Naso, contains a case in point.

“For the holy (items of) service they shall carry upon the shoulder…” (Bamidbar 7:9)

There was a special mitzvah regarding the transport of The Holy Ark, which held the tablets of the Ten Commandments. The Ark was to be borne on the shoulders of the Levites, until it arrived at its destination.

Why was it so important that the Ark be carried upon their shoulders?

Maimonides includes this mitzvah as one of the 613 mitzvoth listed in his Sefer HaMitzvoth, (see Positive Commandment 34), where he describes and explains each of the 613 commandments in the Torah. Yet Maimonides has a principle only to list those commandments, which are “Le’Dorot”, or forever, something that does not seem to apply to the carrying of the Ark.

Maimonides, in his Laws of the Temple Vessels (Klei’ HaMikdash 2:12), actually delineates this commandment:

“When transporting the Ark from place to place, one does not transport it by setting it upon a beast of burden, nor on a wagon; rather it is a Mitzvah to take it upon the shoulder.

And because (King) David forgot (this injunction) and carried it upon a wagon, the debacle of the wrath that burst forth against Uzzah, occurred.

Rather, it is a mitzvah to carry it upon the shoulder, as it says (Bamidbar 7:9):

“For the holy (items of) service they shall carry on the shoulder”.”

Interestingly, Maimonides takes the time to recall the story of Uzzah, which occurred in the time of King David. One wonders, why the interest in this particular story? Normally, Maimonides simply states what the obligation is in Jewish law, without any stories or explanations.

Perhaps Maimonides, in noting the story of Uzzah, is telling us that this story is the key to unlocking the nature of this mitzvah. So what exactly happened to Uzzah in the time of King David?

The book of Samuel (II; 6:5-10) shares a short but powerful vignette, which is troubling, to say the least:

The Holy Ark is finally being brought up to Jerusalem; two hundred years after the Jewish people conquered the land of Israel in the time of Joshua. King David, along with thirty thousand people, is accompanying the Ark on its journey amidst much dancing and celebration. The verse (Samuel II, 6:5) describes all the dancing and instruments playing, and the joy of the people at the opportunity to honor the Ark on its journey; a once in a lifetime opportunity.

Suddenly, as the ox-drawn wagon carrying the Ark rounds the bend, the oxen stray, and apparently, the Ark is on the verge of being tipped off the wagon. But Uzzah, close enough to the wagon to see the disaster in the making, stretches out his hand, grabbing the Ark just in time, and preventing its fall.

Seems like one of those great moments, right? The Ark is tipping, and suddenly, with an incredible leap, Uzzah grabs the Ark just in time, saving the day. You can almost hear the crowd roar….

And you figure Uzzah must be a Jewish hero, right? Only G-d doesn’t seem to see it that way, because instantaneously, Hashem smites Uzzah down, and he dies on the spot. After all, you don’t just grab the Holy Ark. You have to be pure, and with the proper intent….

This course of events is so challenging, that King David himself (verses 8-10) seems to have difficulty understanding what happened. How could Hashem have punished Uzzah? After all, he seems to have been doing a good thing, in attempting to save the Ark!

Perhaps understanding what really transpired in the story of Uzzah will help us to better comprehend the message of the mitzvah regarding the transportation of the Ark.

A careful look at the above-quoted text of Maimonides, suggests that he believed the real issue was not Uzzah, but rather King David himself!

The problem in this story begins not with Uzzah’s reaction to the Ark tottering on the edge of the ox-cart, but rather with the fact that it is being transported on the ox cart to begin with!

Clearly, such an obvious oversight is indicative of a larger malaise affecting the heart of the Jewish people.

When you think about it, we as a society place a lot of emphasis on packaging.

Like a British Royal Wedding: The royal couple does not ride out of the church on a scooter; they are in a magnificent, gold inlaid horse-drawn carriage, because they represent an institution, and even an empire. And the people, seeing the way they travel, receive an important message, that the institution of the British monarchy, and indeed the British Empire, is something to be respected and valued.

And that is the difference between taking the Ark up on our own shoulders, as a sign of respect and honor, and laying it down for the animals to carry. King David missed an opportunity to demonstrate how much the Ark, and the Torah it represents, is valued as an institution in Judaism.

How do we treat our relationship with Torah? If in our homes the Jewish books are stuck in the dusty bookcase in the corner, while all eyes immediately focus on the well-lit piece of art that is the central focus of the living room wall, what are we teaching our children, not by what we say, but by what we do?

I remember, years ago in Yeshiva, a powerful moment that left a very strong impression on me. The Yeshiva I studied at had two Roshei Yeshiva, two heads of the institution, and observing how these two great Rabbis, two of the greatest Torah scholars of our generation, interacted and treated each other, was itself a lesson in ethics and humility. One year, the entire yeshiva, along with hundreds of alumni, were gathered together for a celebration in honor of Jerusalem Day. Rav Amital was speaking to a packed hall of over a thousand students, when he suddenly noticed Rav Lichtenstein standing at the back of the hall. For whatever the reason Rav Lichtenstein, had arrived late, and did not want to interrupt the flow of his speech, preferring to stand in the rear. Rav Amital, for his part, would not hear of an entire hall full of students sitting and listening, while their Rosh Yeshiva stood in the back. So he gestured to Rav Lichtenstein to feel free to come up front and sit down, at which point students began turning around to see who was standing in the back.

When they saw their Rosh Yeshiva standing up, the students in the rear immediately stood and Rav Lichtenstein, realizing the speech was already interrupted, walked to his seat at the front of the hall as quickly as he could. And as he walked down the aisle, waves  upon waves of students rose from their seats as a sign of respect, not just for Rav Lichtenstein, but also for the three thousand year tradition he represented. There was no announcement, and no words were said, it was simply understood by all present, that when a Torah giant like that walked into a room, you could not help but rise in awe and respect. The experience of seeing a thousand students rise as one, without anybody saying a word, taught me what respect for Torah was all about.

You see, before you can carry Torah on your shoulders, you first have to realize it doesn’t belong on an ox-cart.

So what was Uzzah’s mistake? Rav Kook points out that the verse says, “The oxen had strayed”. Uzzah reached for the Ark, but the problem was not with the Ark, it was with the oxen. He should have reached for the oxen, to try and right them in their path.

The Talmud tells us that one of the questions we will be asked one day in heaven, is

Uzzah assumed that the Ark would fall, perhaps not having faith that if the Ark was falling, the issue wasn’t the Ark but whether we were worthy to maintain it aloft. Perhaps this is part of the partnership we have with G-d in this world. Hashem wants us to participate, by carrying the Ark on our shoulders, while never forgetting that it is not we who carry the Torah, but the Torah that carries us.

And the shoulder represents that part of us that places something above all else. After all, the shoulders really hold up the head, the most important part of the body. In Hebrew we say “La’sim Katef’, ‘to put your shoulder to the task. When an item is sitting on your shoulders, it is not just that you are carrying it; it is sitting on you; you are supporting it. You become, in effect, its base… So the shoulder also represents the idea that the tradition we have remains valuable only as long as we actually value it.

Perhaps the reason so much emphasis is put on what place the Ark is in, or on, is because so much of what Torah represents, is what place it has in my life. If Torah is ‘a tree of life’, our challenge is whether we water it, and ourselves, enough…

Given how long and hard we have struggled for the right to maintain our relationship with that book we call Torah, we owe it to ourselves to consider what role it has in our lives, and whether we have made enough effort to explore the beauty it may hold for each one of us.

Interested in receiving our weekly Orayta Byte newsletter with updates about Orayta and Divrei Torah from our faculty and students?